Exceptionally fine overall. The blade displays distinct etching, visible Damascus patterns, 75% plus original gold wash, some spots of minor patination and spotting, and mild wear mostly from age and being drawn from the scabbard. The hilt retains strong original gild finish and distinct designs throughout. The grip displays attractive aged patina on the silver and some light fading of the gilding. The blade to hilt fit remains excellent, and the sword retains the leather washer. The scabbard has mellow aged patina and a distinct historic inscription on the body, some minor dings and dents, aged patina on the fittings, and minor overall wear. The case is also very fine and has mild age and storage related wear. This is an incredible Civil War presentation sword inscribed to a Union commanding officer who led numerous charges in battle, had multiple horse shot out from under him, and suffered a serious wound at Gettysburg but returned to the fight in the war until victory and the Union were secured. 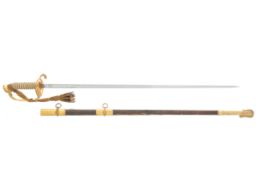 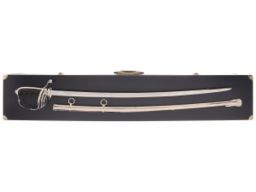 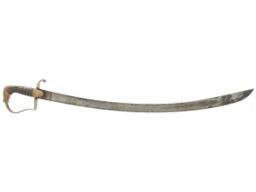 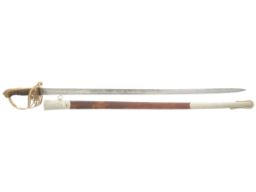 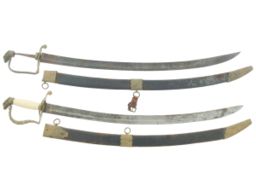 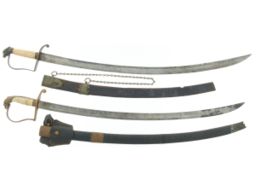