If I told you a police department in 1937 ordered more than a dozen Colt Single Action Army revolvers, where would you assume they went? Texas, of course. The Colt Single Action Army is a classic western firearm, and examples from the Lone Star State are always particular desirable, and this one was purchased for Texas law enforcement just a few years after the slaying of Bonnie & Clyde. It is also one of only an estimated 506 Single Action Army revolvers manufactured for .44 S&W Special per "The 36 Calibers of the Colt Single Action Army" by David M. Brown. This revolver's factory letter indicates it was part of a shipment of 13 SAAs in .44 Special with blue finish shipped to the City of Beaumont with attention to Chief of Police "L.B. Maddos," in Beaumont, Texas, on October 12, 1937. The chief of police was actually Lucien Bell Maddox (1892-1941). He held that position in 1934-1940. The revolver has the standard markings and features, including matching serial numbers.

Very fine with 85% plus original casehardened finish, 80% plus original blue finish, fading mostly on the cylinder and grip straps, some edge and muzzle wear, and generally minor wear overall. The grips are also very fine and have crisp checkering, an attractive aged coloration, and minor handling and storage wear. Mechanically excellent. 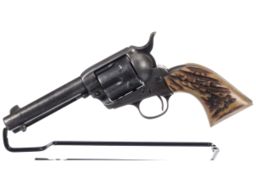 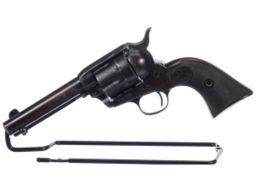 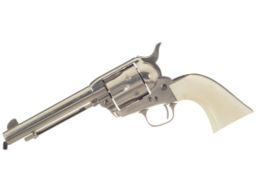 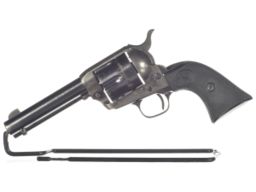 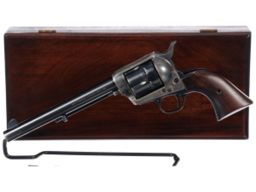 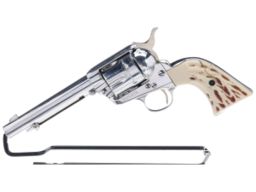