This is a desirable documented example of a U.S. Army issue M15 General Officer pistol. The M15 pistols were manufactured solely by Rock Island Arsenal starting in the early 1970s through approximately 1985 when the US Army adopted the Beretta M9 pistol. This specific pistol is listed on p. 148 of "The Colt General Officers' Pistol" by Greeley as being issued in 1975. These pistols were fabricated by using a standard M1911A1 pistol, milling off old markings and then applying the new markings and shortening the slide and barrel assembly to 4 1/2 inches, installing a high profile front and rear sight, serrated mainspring housing, and the National Match style checkered front grip strap. The left side of the slide is marked with "General Officer Model/RIA", and "Serial No. GO 314" is on the right side of the frame above the grips. The grips are checkered walnut, and the right side has a cast Rock Island Arsenal ordnance emblem, while the left grip panel is inlaid with a blank silver name plate. The pistol has a highly polished blue finish on most the parts, the barrel is chrome plated, and it is furnished with a full blue magazine hand marked "314" on the right side. Includes the a brief letter addressed to Major General John Coffey Jr. stating that his bill of sale for purchase of the this pistol (listed by serial number) is enclosed. Also includes the previously mentioned original U.S. Army bill of sale listing the pistol by serial number. John Coffey Jr. was Adjutant General of the Oklahoma Military Department.

Extremely fine, retains 95% plus of the original arsenal blue finish with some very light edge wear and some light oxidation visible in the right slide serrations. The right grip panel has a series of vertical cracks, one running the full length that has been glued, and otherwise minimal handling marks with crisp checkering. Mechanically excellent. 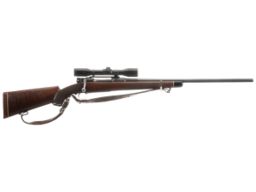 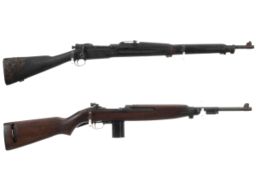 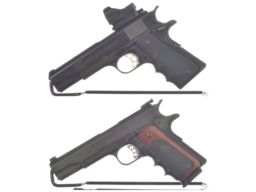 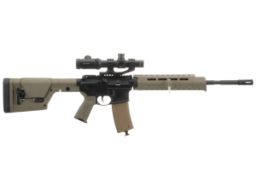 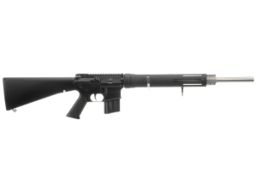 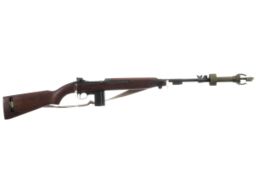