Manufactured shortly after the acquisition of the AR-15 patents from ArmaLite, this Colt Model 01 holds an important place in the history of 20th century arms development, representing the beginnings of what would become one of the signature weapons of the late 20th century up to the current day. While troubled by some growing pains, the AR-15 design grew to become the de facto standard in small bore defense/combat rifles, and still remains the one to beat for anyone trying to become the next big thing. This example has been fitted out with an aftermarket A2-style upper receiver, and the hinge pin has been swapped out with an extended model to act as a mounting point for an underbarrel weapon (see B). Post front and adjustable two-leaf rear sights, with an A2 pattern flash hider on the "DPMS CAL. 223 1-9" marked HBAR-profile barrel and ribbed round handguard. The lower receiver has the standard markings on the left side, with a three position right-handed "SAFE"/"SEMI"/"AUTO" selector, unfenced magazine catch, and two piece recoil buffer. Fitted with a checkered grip and a fixed buttstock with no trapdoor compartment.

Excellent as assembled/upgraded, with 95% plus matte black phosphate finish, showing some minor scratches and handling marks overall, mild spotting around the front sling swivel, and a small touched-up spot near the bolt catch pin. The forearm shows some scuffing and denting from contact with the shotgun, otherwise the furniture is in very good condition. Mechanically excellent. NOTE: This weapon is a National Firearms Act (NFA), fully transferable Class 3, which is registered with the Bureau of Alcohol, Tobacco, Firearms and Explosives, (BATFE) that is classified as a "Curios or Relic" as defined in 27 CFR, 478.11. These weapons are still subject to the provisions of 18 U.S.C. Chapter 44 and 27 CFR part 478.

Built around a Remington 870 Express receiver by Wilson Arms, the WP870 is a dedicated door-breeching/CQB weapon designed to act as an underbarrel mount for a properly configured AR-15/M16/M4 style rifle, such as the example in A, in the style of the "Ciener Ultimate Over/Under". The barrel and magazine have been shortened and the buttstock discarded, while an adapter for a bayonet lug and a pair of hooks for a special extended receiver hinge pin are welded to the barrel and receiver, respectively. Provenance: The Al Walker Collection

Very fine, with 98% of the matte phosphate finish, showing a bit of discoloration around the receiver welds and mild handling marks overall. The mounting hardware needs slight adjustment, as the bayonet lug hardware does not fully engage when seated on the current host gun. Mechanically excellent. NOTE: This weapon is registered as a National Firearms Act (NFA), AOW (Any Other Weapon). Although NOT a fully automatic weapon it is still controlled like a NFA weapon that is registered with the Bureau of Alcohol, Tobacco, Firearms and Explosives, (BATFE) under the provisions of 18 U.S.C. Chapter 44 and 27 CFR part 478. 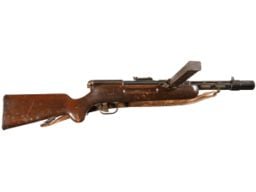 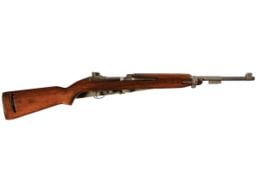 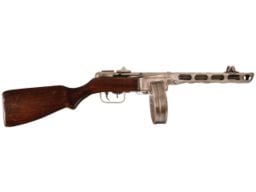 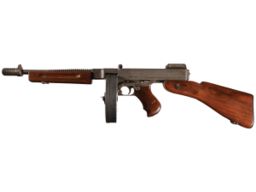 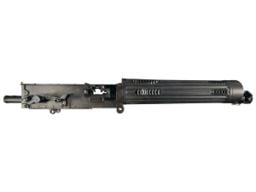 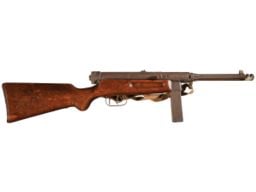