Multiple items in this grouping are engraved or otherwise marked for Lieutenant Colonel Lucius O. Rucker Junior. Born in 1915, Rucker was an officer with the 503rd Parachute Infantry Regiment before being tapped to join America's Office of Strategic Services. As an OSS man, Rucker would be called to teach his skills to allied forces and clandestine agents, both in the United States and abroad. His first major overseas posting would be at "Massingham" a joint OSS/Special Operations Executive base in Algeria established after the Allied landings in North Africa during Operation Torch. Massingham was a critical gateway into occupied Europe, serving as the point of departure for men and material stepping off into France, Spain and Italy. As a parachute drop was typically the most practical way to get a man on the ground in hostile territory, then-Major Rucker's skills were in high demand to prepare agents to go into the field; per his Legion of Merit citation, his parachute school would train around 2,100 students for the OSS and other friendly agencies, with Rucker himself personally testing experimental equipment and techniques. Later in the war he would be made OSS's chief of air operations in Kunming, supporting both OSS's operations and Chinese operations, in particular running another jump school that qualified the first group of Chinese paratroopers. Articles on his career place his personal number of jumps at around 119, and estimated total trainees at around 3,800, including around 38 OSS women; Rucker himself would note that he never had a woman refuse to jump at the moment of truth. The grouping consists of a mix of American, European and Chinese decorations. The American items include a set of Lieutenant Colonel's rank badges, a set of "U.S." and "503" lapel pins, a set of silver jump wings, the Legion of Merit, Bronze Star (inscribed to Rucker), and campaign medals for Asiatic-Pacific, American Campaign/American Defense, European-African-Middle Eastern (with 1 star), World War II and Army of Occupation (with "GERMANY" bar)The European decorations include the Order of the British Empire, French Croix du Guerre (with palm), a British jump wing patch and jump wing lapel pin. The Chinese items are a pair of shoulder patches (one in the China-Burma-India style, the other particular to the Kunming jump school), the "Special Breast Order of Yun Hui" medal, and a pair of badges from the Kunming jump school (one for a parachute rigger, one for members of the training cadre). Also included with the group are a small brass fu-dog emblem, a small pair of "GQ" enamel jump wings, and a binder of documentation, including pictures of Rucker, copies of award citations and notifications for some of his decorations (particular the Legion of Merit and Order of Yun Hui), Rucker's membership cards for the Airborne Association and the Century Club (a group reserved for veterans of 100 airborne jumps), and articles about the OSS that mention Rucker's contributions to the war effort. Provenance: The Putnam Green/Sycamore Collection

Good overall, with the items showing wear appropriate to age and use. Some of the photos show stains, tears and creases. 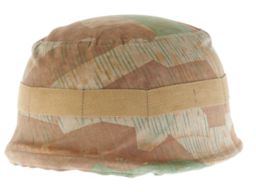 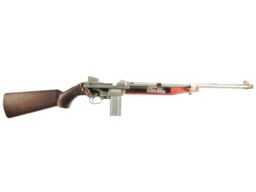 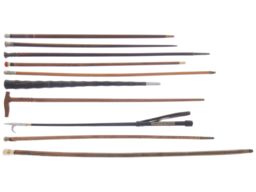 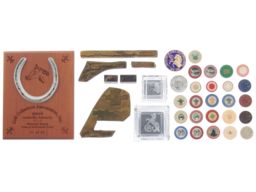 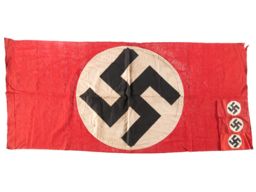 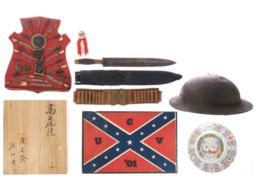