Established in 1872, Dodge City, Kansas has a reputation for being a true "wild west" town. Like many towns in the American west, Dodge City was established due to the construction of the Atchison, Topeka & Santa Fe Railroad being built, which by 1873 passed through the town, leading to its rapid growth. The town was in the heart of buffalo country at the time and remained a very wild piece of frontier, quickly becoming known as a hub for buffalo hunters in the west. The case of this pocket watch is engraved on the back with an image of the a steam engine and the words "ATCHISON-TOPEKA-SANTA-FE/R.R." There is a fob attached to the chain in the shape of another steam engine, that on one side is engraved "JAMES H. KELLY/MAYOR/DODGE CITY, KANSAS" and "A Token of Appreciation/Presented by/A.T.S.F." on the other. Local newspapers of the time indicate that James H. Kelly remained the mayor of the town into the late 1870s, and this watch was likely presented by the railroad due to his cooperation or support for the railroad or establishing a station there. The watch itself was produced c. 1878 and is an Elgin National Watch Co. Model 1, size 18s, grade 13, 11 jewel watch, fitted in a Dueber silverine case with the previously mentioned inscription and a chain with the previously mentioned fob attached along with a key.

Fine, the case showing a slightly, attractively aged, bright patina overall with a few scattered light handling marks, some light wear, and well-defined engraving. The face is very fine with minimal wear, clear numerals, and bright niter blue on the hands. The watch appears to function as it should. The fob shows an attractively aged patina. 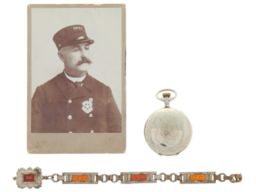 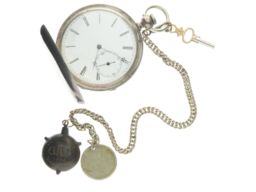 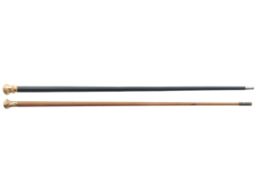 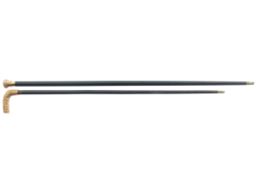 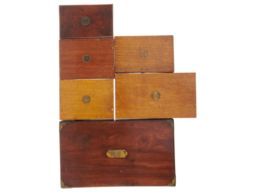 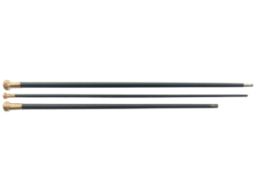