The United States Armed Forces has a long history of presenting those within it's ranks that reach Brigadier General. Originally it was a Colt Model 1903 which was then followed up by the Colt M15 General Officer's Pistol in 1972. Following the retirement of the M15, Beretta's famous M9 pistol stepped up to the plate offering a customized variation specifically for the General Officer's program. This M9 is one of those desirable pistols made for an Airforce General Officer. The pistol has blade front and notch rear sights. The slide is marked on the left with "U.S. 9mm M9-BERETTA U.S.A.-65490 (PB)" and "ASSY 9346487C". The whole of the slide, barrel, and small parts feature a high polish blue finish. The contrasting matte blue frame is marked with the serial number on front left and a military QR code ahead of the takedown lever and "U.S. 9mm M9-BERETTA U.S.A.-65490" on the right. It is fitted with a set of walnut checkered grips with the Hap Arnold wings on the left and United States Air Force logo on the right. Included with the pistol is a Beretta hard case, tag from the Air Force Gunsmith Shop, military manual, General Officer's belt, M12 holster, and double magazine pouch. 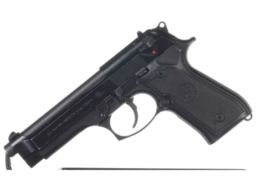 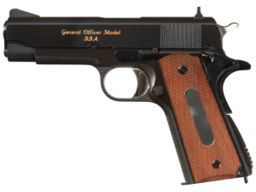 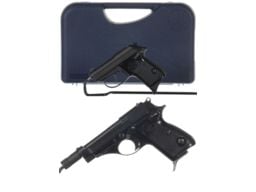 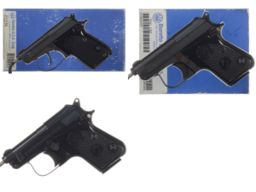 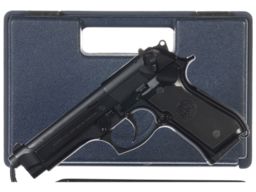 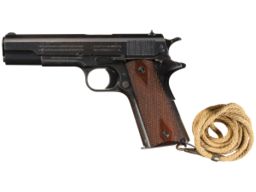