Developed by Gabilondo y Urresti (later known by the "Llama" brand name) in 1924, the "Ruby" was named after the Spanish-made French sidearm from World War I, but bears more resemblance to the Colt Government Model in size and function. The Ruby is not a straight copy, instead including features like a captive recoil spring and a linkage-free barrel lug assembly. This example was manufactured in 1938. The left side of the slide is marked "PATENT 'RUBY' CAL 45". There are "star/K" date proofs and script "L" within a flaming bomb proofs, which may be military, on the left of the barrel and slide. It is fitted with blade and notch sights, lanyard ring on the lower left of the grip frame, and checkered hardwood grips. Includes an extra magazine.

Very fine, retains 85% plus of the original blue finish with the balance having thinned to mostly a smooth grey patina, most noticeably on the grip straps and some light wear on edges. There are a series of storage type dark blue patches of very light surface pitting on the right side of the frame and slide. The grips are fine with some minor handling marks scattered throughout and otherwise mostly well-defined checkering. Mechanically excellent. 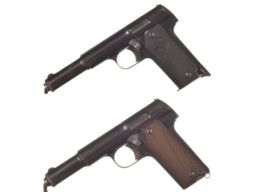 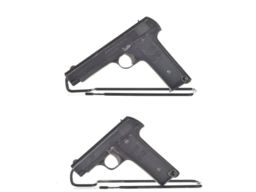 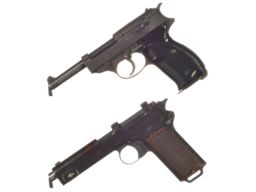 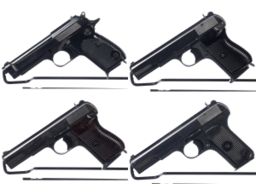 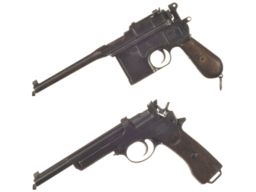 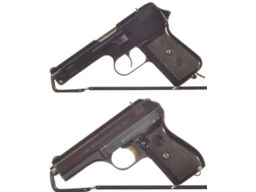