Per the included publication, this early three digit serial number Springfield M1A rifle was sold as just a receiver to Joseph S. Smith, the Deputy Director of the DCM around 1971. Smith then had the receiver built into the ultimate competition rifle. The rifle is fitted with a GI style flash hider which has been bored out to prevent raindrops from effecting the accuracy, national match sights, a national match barrel which has been affixed to the handguard with Bisonite to reduce barrel vibrations during firing. The handguard has also been attached with Bisonite to further dampen vibrations. The action has been bedded into a national match profile stock which has a heavy clear varnish to prevent the stock from swelling. The selector and connector claw cutouts are filled with bedding. Included with the rifle is the aforementioned publication, a shooting mat, a leather sling, a right handed shooting jacket marked on the inside with Smith's information and a Prescott Sportsman's Club graphic on the back, leather shooting glove, a box of Lake City match ammunition, and an ammo can containing 7 extra magazines. 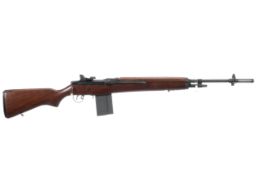 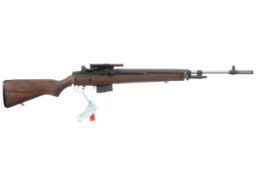 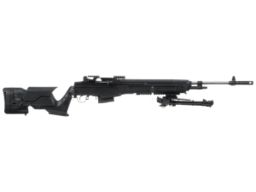 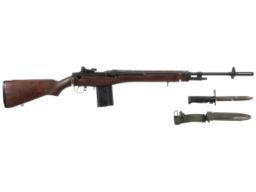 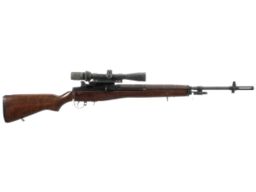 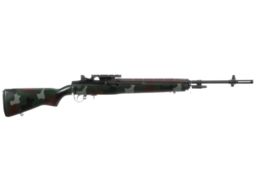