Exceptionally fine retaining 85% plus original blue finish with high edge wear. The buttplate has a smooth gray patina. The engraving is crisp. 75% original case colors remain on the lever. The wood is very fine with some minor dings and scratches and overall crisp checkering. Mechanically excellent. A wonderful example of a factory panel scene engraved Savage Model 1899 Rifle presented to the heroic World War I commander of the famed 369th "Harlem Hellfighters" Infantry Regiment Colonel William Hayward. Whether in a lever action or World War I or sporting or firearms art collection, this is a standout piece of firearms artistry that works well in a number of collector genres. 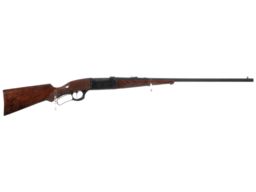 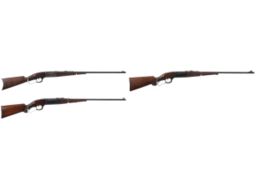 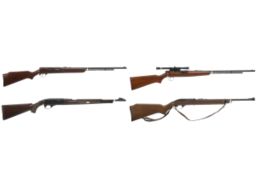 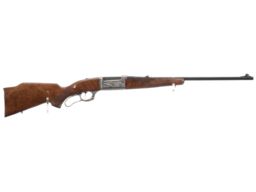 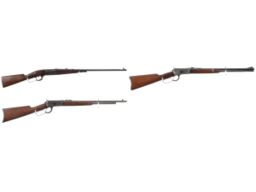 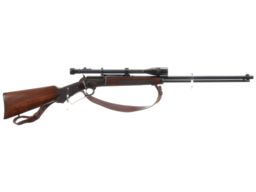