This Brown Bess musket's banana shaped lock has a "GALTON" maker's mark at the tail and a "crown/LIBERTAS" marked at the center. The stock has an "X" carved in the left side of the butt and "GC/NN" carved into the right. The right side also has a faded marking that appears to read "VRHost" or something similar. The barrel has an unclear mark on top at the breech and a small stud for a front sight and bayonet lug. A similar example of a "Libertas" New England attributed musket (without a crown or makers marking) is described and photographed on p. 167-168 of George D. Moller's book "American Military Shoulder Arms, Volume I." Moller states, "This latinization of the word 'liberty' was a popular theme during the American Revolution... Similar examples have reportedly been found in New England." One of the captions states, "This British-style musket was assembled using American-made components and a lock that may have been imported from one of Europe's Low Countries, such as the Netherlands." The Galtons were gunmakers in Birmingham and London in from the mid-18th century to 1818. This appears to be an earlier 1st Model British "Brown Bess" musket that was modified in its working life and had "LIBERTAS" engraved over the original "GR" marking on the lock.

Fair with mix of old applied finish and dark brown patina on the lock and barrel along with heavy oxidation and pitting, some modern replacement components, damaged buttplate, and heavy overall wear. The shortened stock is also fair and has gaps, chips, and cracks mainly by the lock as well as general scrapes and dings. Mechanically needs work (cock hangs up). 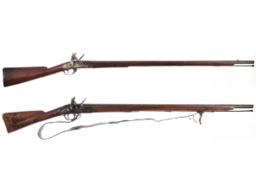 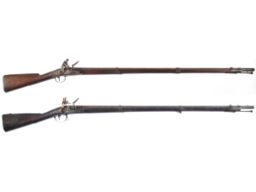 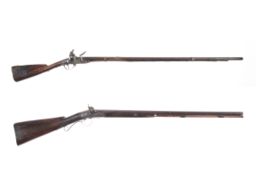 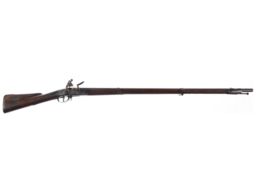 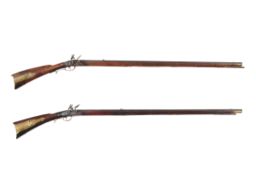 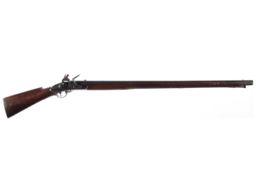