Manufactured in 1864 with an interesting silver grip featuring an engraved floral blossom on either side at the top and an inscription on the bottom of the silver grip that makes it a highly sought after physical piece of history from the Civil War/Indians War. The high condition alone makes it a rarity in Colt collecting. The inscription reads, "E.W. Schulze/1st Cavalry of Colorado." Quartermaster Sergeant Edward W. Schulze is identified as a member of the 1st Regiment, Colorado Cavalry on the online National Park Service Civil War Soldiers and Sailors Database. Based on records presented on the website his last name may have had an alternative spelling: Schultze. Formed in November 1862, the 1st Colorado Cavalry Regiment defended Colorado against incursions from Confederate forces as well as Native Americans. The regiment participated in the Colorado War which was fought in 1864-1865 and was a conflict between groups of native peoples and the U.S. Army which had the backing of the Colorado militia and white settlers living in and around the Colorado Territory. The regiment is remembered for its role in the Sand Creek Massacre that resulted in the killing of 150 Native Americans, mostly woman and children. The barrel has the one-line New York address. "COLTS/PATENT" is marked on the frame. The cylinder has the naval battle scene along with "COLTS PATENT 75980." The wedge and loading lever are unnumbered. Matching full or partial serial numbers on the frame, barrel, trigger guard, back strap, cylinder and arbor pin. 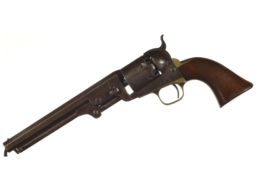 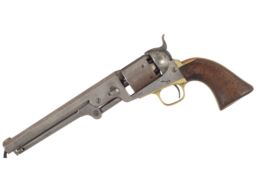 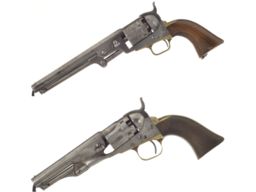 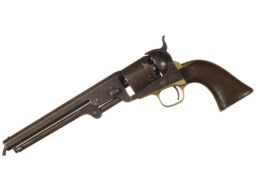 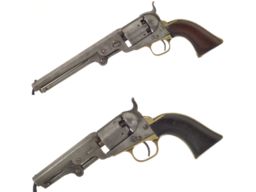 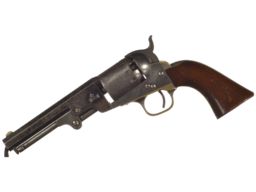