The Long Land Pattern "Brown Bess" muskets were the primary infantry arms of the British Empire through most of the 18th century, including in the French & Indian War and American Revolution in North America. Some of these muskets were used by the American Patriots as well during the fight for independence and beyond. The smoothbore barrel has a bayonet stud that also serves as the front sight. The "banana" shaped lock has the Georgian cipher at the center, lined borders, and "ARDEN/1748" at the tail. A William Arden is listed as a gunsmith at Sugar Loaf Court, Goodman's Yard, Minories, in 1762. The buttplate is marked "44/96." Ramrod absent.

Fair as shortened and reconverted to flintlock configuration with dark brown patina and moderate oxidation and heavy pitting on the lock and barrel, aged patina on the brass, and moderate overall wear. The refinished and likely replacement stock is good and has moderate dings and scratches, a repaired crack above the nose of the lock, and mild overall wear. Mechanically fine. 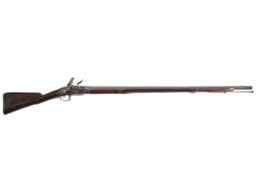 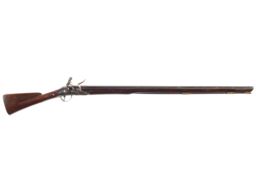 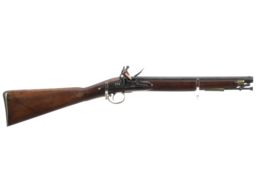 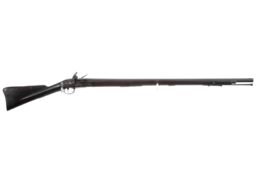 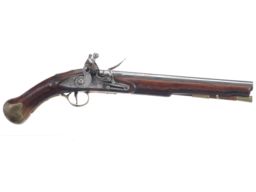 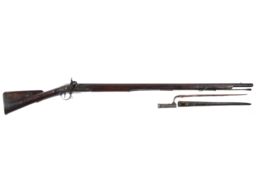