World War II USAAF A-2 flight jackets identified to B-17 Flying Fortress crewmen have captured a special place in the hearts of modern collectors. As they should, as these jackets serve as personal reminders to the gallant effort put forth by a generation in their fight against fascism. The details to this jacket tell a very interesting story. The jacket has a Crown zipper, and the data label is absent. The back of the jacket serves as the leather canvas for artwork to the famed B-17 “Mary Alice,” Bugs Bunny carrying a bomb beneath the text “Mary Alice” and above the text “GNATZI KNIGHTMARE.” Assigned to the 615th Bomb Squadron, 401st Bomb Group, 8th Air Force, the B-17 “Mary Alice” was named after pilot Don Knight’s mother and returned to the United States after the war having completed a total of 64 bombing missions. Like the majority of B-17s of the post-war era, the “Mary Alice” was scrapped. A B-17 representing “Mary Alice” is on display at the Duxford War Museum. A-2 jackets associated with the “Mary Alice” are highly desirable, and only a few have come up for sale. A leather name tag for Kelly F. Harrouff is sewn to the left chest above a heavily worn leather patch that is unfortunately unidentifiable but likely was bomb squadron or bomb group insignia. 2nd Lieutenant Kelly F. Harrouff (1924-1994) served as a navigator assigned to the 359th Bomb Squadron, 303rd Bomb Group, 8th Air Force. Records obtained by the consignor indicate Harrouff completed 18 missions between February 1945 and April 1945 while assigned to the 303rd Bomb Group, and these missions were accomplished by being part of several different B-17 crews including those of “Idle Wheel,” “Yankee Girl” and “Queen of Hearts.” All of Harrouff’s 18 mission are documented in great detail in the included research provided by the consignor. His last mission on April 25, 1945, was the last 303rd BG combat mission of World War II. The circumstances surrounding how Harrouff of the 359th Bomb Squadron, 303rd Bomb Group ended up with a “Mary Alice” of the 615th Bomb Squadron, 401st Bomb Group painted flight jacket remain a mystery. A-2 jackets, however, were known to have been “recycled” among aircrews. Perhaps Harrouff was given the jacket by a “Mary Alice” crew member. There is evidence of a name tag having been removed where Harrouff’s tag is located.

Very good with wear overall, some repairs to the waist band and cuffs and some age related cracking to the leather. Much of the paint to the famed Bugs Bunny imagery remains. An iconic B-17 "Mary Alice" A-2 Flight Jacket that has story to tell is a must have for the serious World War II aviation collector. 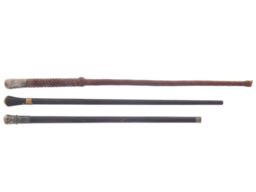 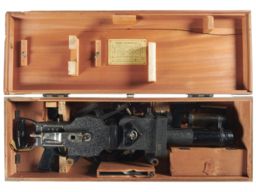 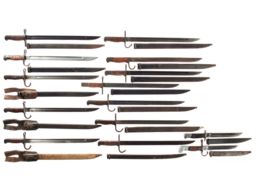 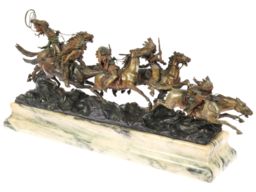 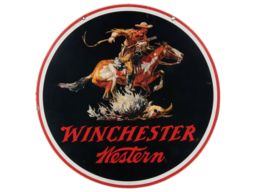 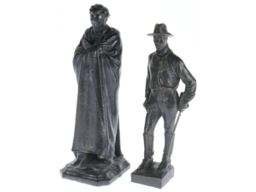