This is a very fine example of a Colt Model 1878 Frontier Six Shooter DA Revolver that was manufactured in 1884 and pictured on page 268 of Don Wilkerson's "Colt's Double Action Revolver," which is included. As noted by Wilkerson the revolver has "the most popular barrel length and finish combination for .44-40 caliber." These Model 1878s in .44 WCF are also very popular with today's collectors, especially those in high condition with the etched barrel panel as this example features. The barrel has the one-line Hartford address on top and the early acid etched "COLT FRONTIER SIX SHOOTER" panel on the left side. These etched panel guns are rare in this condition. The underside of the barrel is correctly marked "44" in small font, and the left side of the trigger guard is marked "44 CF." Provenance: The Felix Bedlan Collection; The Gary Burghoff Collection

Very fine, retaining 75% plus bright original high polish blue finish with thinning to brown on the balance. The etched panel is clear. The grips are also very fine with limited handling marks and overall crisp checkering. Mechanically functions fine, although it does not lock up tightly. This is a very nice example of an antique Colt Model 1878 Frontier Six Shooter Revolver with the much sought after etched panel found only on the earliest examples of this model that have become quite scarce. 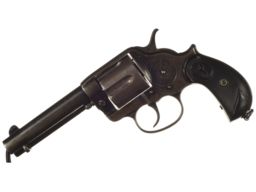 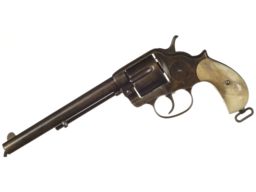 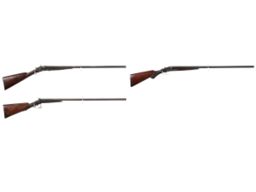 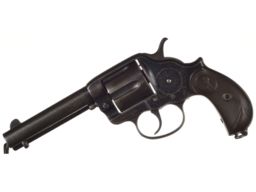 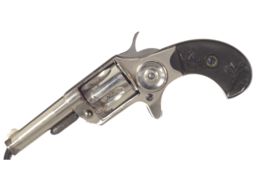 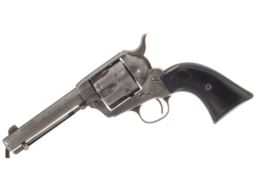