This intriguing cane has a beautifully gilt grip featuring floral motifs throughout. The top of the grip is inscribed in four lines "Presented to Capt. D.W. Burke by Co. "C." 14th Inf. Sept. 12. 1891". There is a small R.F. Simmons & Co. maker's mark near the lower edge of the grip. The shaft is ebonized and tipped with German silver and iron. The cane was a presentation piece for Daniel Webster Burke, who enlisted as a private in Company E of the 2nd U.S. Regular Infantry (2nd U.S.R.I.) in 1858. With the outbreak of the Civil War, the 2nd was quickly attached to the Army of the Potomac, and saw heavy action in the Eastern Theater through the remainder of the war, including most of the major battles of the war. Burke was wounded in action at the Battle of Wilson's Creek in 1861, and again at the Battle of Gaines Mill in 1862, by which time he was a first sergeant in Company B. The regiment then saw action at the battles of Malvern Hill, Groverton, and Second Bull Run, before being engaged heavily at the Battle of Antietam. Following that, in an engagement with the rearguard of General Lee's fleeing Army of Northern Virginia at Shepherdstown Ford, Burke was recognized for voluntarily "returning and spiking a piece of artillery in the face of the enemy's sharpshooters." For this action, Burke would be awarded the Medal of Honor in 1892. Burke was promoted to 2nd lieutenant of Company K in November of 1862. The regiment was next heavily involved in the Battle of Fredericksburg in December of 1862, where they advanced to within 80 yards of the Confederate positions behind a stone wall on the high ground, before being ordered to lay down behind a small elevation of ground, where they remained for roughly 12 hours under heavy fire from the enemy. They next saw action at the Battle of Chancellorsville in May of 1863 and entered the Gettysburg Campaign in the summer of 1863 with 13 officers and 224 enlisted men present for duty. The 2nd saw action on the second day of the Battle of Gettysburg, where Burke was again wounded in action, and promoted to 1st lieutenant/brevet captain on the same day. Through the remainder of the war the regiment was involved in the battled of the Wilderness, Spotsylvania Courthouse, Cold Harbor, and the Siege of Petersburg. In January of 1866, Burke was promoted to major for "gallant and meritorious service in the battle of Gettysburg". He continued his career in the regular army, being commissioned a captain in the 45th US Infantry in January 1867 and transferred to the 14th in 1869. In 1877, Burke was the post commander of Camp Sheridan, and was heavily involved in convincing Crazy Horse to travel to Camp Robinson for talks with the commander there. Crazy Horse would inevitably be killed at the camp during a scuffle with soldiers and Native American scouts attempting to detain him. Burke was then promoted to major of the 23rd U.S. Infantry in 1894, lieutenant colonel of the 11th U.S. Infantry in 1897, and colonel of the 17th U.S. Infantry in 1899. On 20 October 1899 he was promoted to brigadier general and retired from military service the next day. 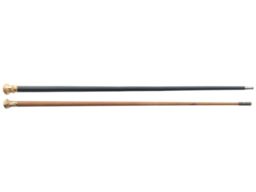 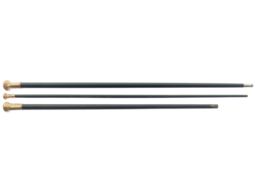 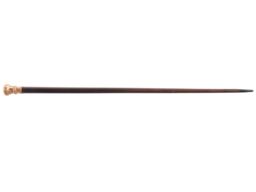 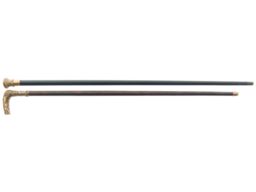 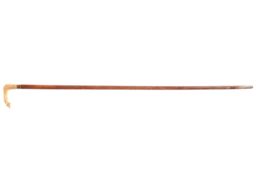 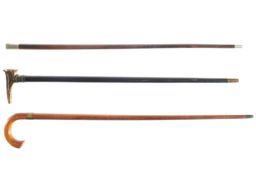