Harpers Ferry Model 1841 rifle with arsenal alterations performed circa 1855 including a long range rear sight and saber bayonet lug. "HARPERS/FERRY/1849" marked vertically in three lines on the tail of the lock and an eagle and shield above "US" at the center. "1849" dated barrel tang. The left of the barrel is marked "AW/P" perpendicular to the bore followed by the usual arsenal "V/P" and eagle head proof and inspection marks stamped parallel to the bore. "W.C.K" marked upside down on the right barrel flat at the breech. "W.C.K" and "JLR" marked on the left stock flat. Many of these rifles were rebored to .58 caliber, but this example is still in its original .54 caliber with a seven groove rifled barrel. These rifles saw extensive service during the first several years of the Civil War in both the Union and Confederate Armies. Includes extra nipple and tool in patch box.

Good, exhibiting a mix of smooth gray and brown patina with mostly clear markings and edges in the metal overall. Stock is very good as period arsenal sanded and re-oiled, with scattered scratches and dents. Mechanically excellent. 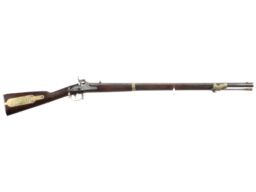 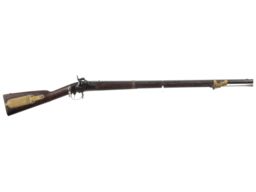 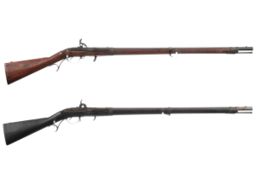 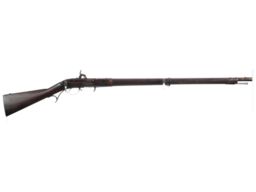 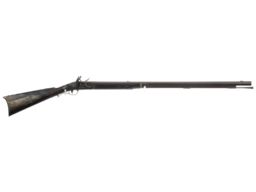 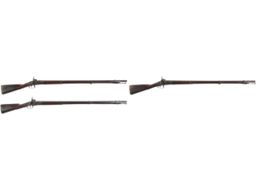