The Spanish arms factory in Oviedo was licensed by Remington to produce rolling block rifles and carbines for the Spanish military in the 1870s. The barrel has a "barley corn" front sight and is silver inlaid with "D. FERMIN VILLAMIL/GOBERNADOR DE LA PROV. DE OVIEDO/ANO DE 1873." The frame has scroll engraving with textured backgrounds on nearly all of the surfaces and features a saddle ring bar with two rings on the left. The forend has a floral carved tip, and both the stock and forend have checkering and sling swivels. Fermin Villamil (1820-1895) was a Spanish lawyer, military officer and civil governor of Oviedo and La Coruna during the short lived First Spanish Republic in 1873-1874 following the abdication of King Amadeo I during the Ten Years War and Third Carlist War. 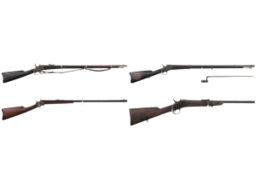 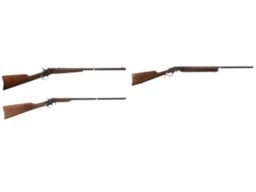 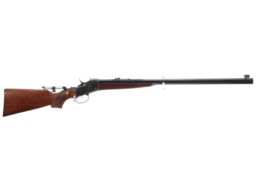 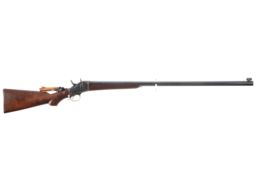 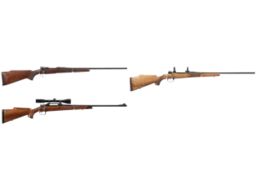