This early U.S. contract Cavalry Model Colt Single Action Army was manufactured in 1874, sub-inspected by Orville W. Ainsworth, and falls in the serial number range (3421-4499) of 1,000 Cavalry Models issued to the 2nd Cavalry. In his accompanying letter of authentication, noted Colt expert and author John Kopec calls it a "nice Ainsworth sub-inspected U.S. Cavalry revolver" that was likely "issued to one of the 4th Cavalry Troops which did not stamp there revolvers with their unit identifying marks." The revolver falls with range of nos. 3830, 3991, 4012, and 4040 which are marked "CO K 4 CAV." Kopec also noted that the revolver is close to serial number 4878 which was returned by Native American "fools-Bear" on September 5, 1876, three months after Custer's Last Stand. The revolver has matching serial numbers on the frame, trigger guard, back strap, and barrel (strong blue finish remains under the ejector housing). As noted by Kopec in his letter, the barrel has the correct address featuring a broken letter "o" in "Co." and broken serif in the letter "A" in "HARTFORD." Ainsworth's "A" initial and "P" proof appear o the underside of the barrel and cylinder. An additional Ainsworth "A" is found on top of the back strap. The frame has the early two-line, two-date patent marking followed by "U. S." on the left. Traces of a cartouche remain on the left side of the grip.

Very good, retaining traces of period refurbished blue in the sheltered areas, otherwise the revolver has a smooth dark brown patina. The grip is also very good with a chip at the toe, high edge wear and some minor dings. Mechanically excellent. This Orville Ainsworth inspected Colt Cavalry Model Revolver is an icon of the Indian Wars that is becoming increasingly difficult to find. 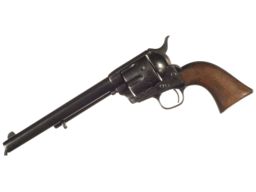 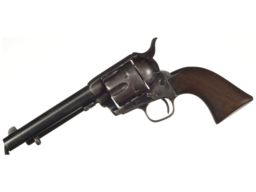 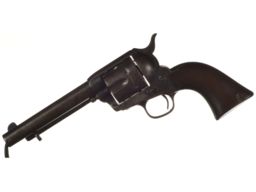 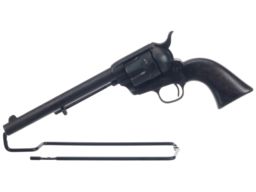 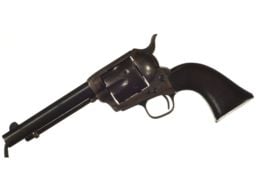 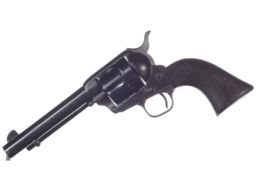