Offered here is a first edition (1866, printer: Alvord, New York) of the privately printed biography of famed firearms inventor and manufacturer Samuel Colt, “Armsmear: the Home, the Arm, and the Armory of Samuel Colt. A Memorial.” The book features a handwritten dated presentation inscription by Samuel Colt’s widow, Elizabeth. The inscription reads, “Mr & Mrs F.W.H. Sheffield,/With the affectionate regards of/Mrs Samuel Colt./Armsmear/Christmas 1866.” Elizabeth or Samuel Colt’s connection to the Sheffield family remains unknown at the time of the writing. F.W.H. Sheffield appears to have been a banker in Dubuque, Iowa, who in 1873 was caught up in a scandal involving defrauding the customers of two banks out of hundreds of thousands of dollars. When Samuel died Elizabeth inherited control of her husband’s famed firearms manufacturing company worth $3.5 million dollars in 1862 or nearly $97 million in 2021 dollars, and she is largely credited for rebuilding the company in the aftermath of the 1864 fire. Following the death of Elisha Root in 1865, her brother, Richard Jarvis, became company president, and the brother-sister duo oversaw the company’s successful transition from manufacturing percussion arms of the second half of the 19th century to semi-automatic and machine guns of the early years of the 20th century. Outside the firearms business, Elizabeth was an active community leader in Hartford. For over 20 years she served as president of the Union for Home Work, an organization that provided daycare services for children of working mothers. She was the first president of the Hartford Soldiers Aid Society, a Civil War woman's charity organization that organized the delivery of donated goods to soldiers both in the field and in the hospital. She organized the first suffragette convention in Connecticut in 1869. Due to her charitable civic actions she was given the honorary title “The First Lady of Hartford.” Upon her death in 1905, Elizabeth Colt willed to the Wadsworth Athenaeum Museum of Art in Hartford an extensive collection of American and European art, furnishings from her Armsmear estate, and her husband’s personal collection of firearms, edged weapons and armor. Much of the collection is displayed in the Elizabeth Hart Jarvis Colt Memorial Wing, which was the first American museum wing to be named after a woman donor.

Very fine overall, showing little wear for its advanced age. The gilt embossing is bright. Elizabeth Colt's signature is clearly legible as is the rest of the inscription. A truly wonderful piece of Colt history that would look great in any Colt collection! 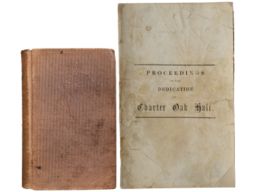 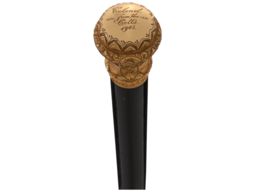 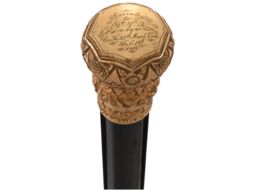 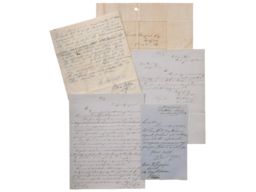 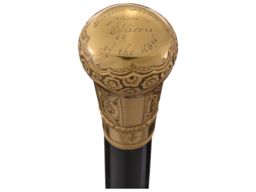 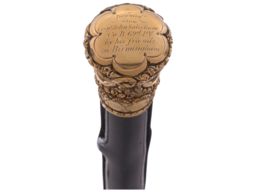