The included factory letter lists this revolver as a Target Python with an 8 inch barrel chambered in .38 special with royal blue finish and stocks not listed when shipped to Pacific International Merchandising Corporation in Sacramento, California on April 10,1981. The letter further remarks that the target python was produced from 1980-1985 with only 3,489 produced with a blue finish. The California Combat Python was built by Pacific International off of original Colt Target Pythons (what all California Combats letter as) by cutting down the barrel to 3 inches, adding a new front sight and barrel marking, and reaming out the cylinder for .357 magnum ammunition. Due to the modifications made to create California Combat Pythons, the barrel lacks the standard Colt address and the cylinder is marked for .38 special. It is estimated that 200 were manufactured during the 1980s making these extremely rare. The Target Python was chosen for this project because Colt was having difficulty selling the model at that time.

Excellent overall as upgraded by Pacific International, retaining 99% plus original blue finish with limited handling marks and a light cylinder drag line. Mechanically excellent. This is an excellent opportunity to get your hands on a sought after Colt California Python! 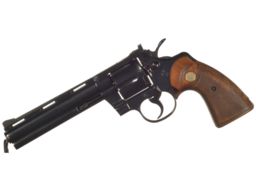 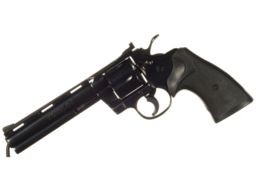 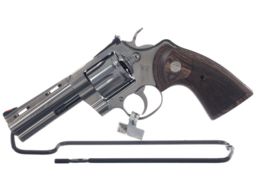 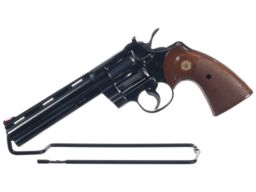 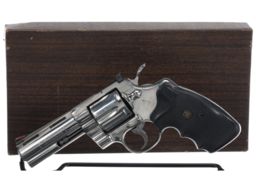 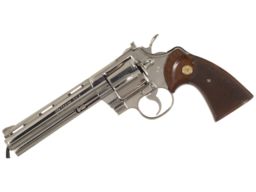