This historic rifle was on display at the NRA National Sporting Arms Museum from 2013 to 2022 and is pictured in the book "Guns of the NRA National Sporting Arms Museum" by Supica, Wicklund, and Schreier on p. 196 in the "Serial Number One Guns" section of the "Historic Arms" chapter. The caption stated "Sharps U.S. Model 1870, Serial Number 1 .50-70, ca. 1870. After the Civil War, the U.S. military assembled a small number of these as they searched for a metallic cartridge, breech-loading rifle to replace the muzzle-loaders of the 1860's. This Second Type Sharps rifle is #1 of 300 made. Eventually the military settled on the trapdoor action." The Sharps was one of the best firearms of the Civil War and continued to see extensive use in the American West in the late 19th century, even after the Sharps Rifle Manufacturing Co. closed in 1881. These Model 1870 rifles were part of the company's transition from percussion ignition to metallic cartridges and helped pave the way for the Model 1874 that became one of the most iconic western firearms. The Second Type Model 1870 rifles use the early Model 1874 style actions rather than converted percussion actions. Springfield Armory produced the other parts and actually built the rifles. Serial number "1" is marked on the left side of the barrel at the breech and on the upper tang. The "armory bright" finished barrel has a "barley corn" front sight that doubles as the lug for a socket bayonet and a notch and folding ladder rear sight. The action components are casehardened. The left side of the frame has the 1848 patent. The left side of the wrist has a crisp "ESA" cartouche for Springfield director Erskine S. Allin who designed the Springfield trapdoor that ultimately beat these Sharps rifles to become the standard U.S. long gun. There is also an "L" stamp on the buttstock behind the lower tang, and "L" and other single letter inspection marks are found on some of the other components. Sling swivels are mounted to the upper barrel band and buttstock, and the buttplate has "US" stamped ahead of the heel screw. A "100/SUPICA" and "SERIAL/NUMBER/ONE" marked tag and a "LOAN/to/NRA" tag accompany the rifle. Provenance: The Supica Collection

Very fine. The casehardened lock and frame retain 75% plus of the original case colors. The "armory bright" finished barrel and furniture have mottled silver-gray patina with some light pitting and areas of light brown patina and oil staining. There is minor overall wear such as some light scratches and scattered small dings. The wood is fine and has a crisp cartouche, darker tones at the butt, a few dents, general minor scratches and dings, and some chipping by the screw on the forend. Mechanically excellent. This is a stunning example of the Second Type Model 1870 rifles and is especially desirable as serial number 1 of this rare and historic Sharps rifle model. 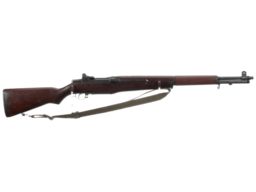 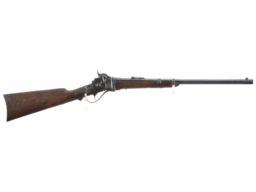 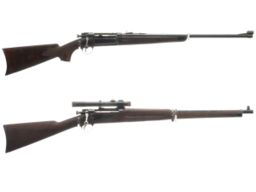 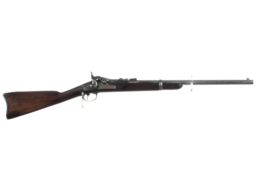 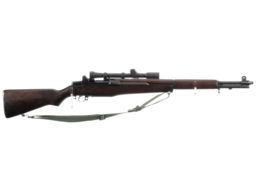 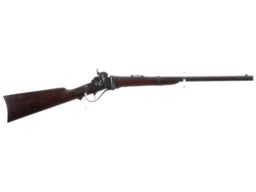