Exceptionally fine. The revolver retains 85% plus of the original blue finish and has 80% bright original case colors visible on the hammer and slightly more subdued original case colors on the trigger guard. Wear is mostly limited to the muzzle, cylinder, and back strap where the revolver displays smooth gray and brown patina. The engraving and markings remain exceptionally crisp. The grips are very fine and have crisp checkering, attractive figure, and minimal minor handling and storage marks. Mechanically excellent. The holster is very good with mild wear. This incredible historic revolver is firmly documented by the factory as shipped to "Colonel Roosevelt" at the beginning of the Spanish-American War and, as such, is in a very exclusive class of presidential firearms. It has been on display in two of the most prestigious American firearms museums for many years and has been featured in multiple publications. Theodore Roosevelt remains one of the most admired presidents in American history, particularly to sportsmen and gun collectors, and thus this revolver is a true national treasure and will no doubt hold tremendous value for many years to come. 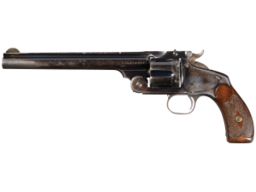 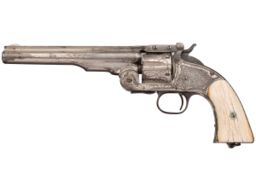 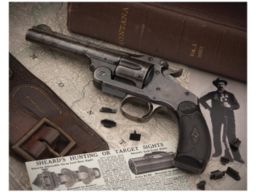 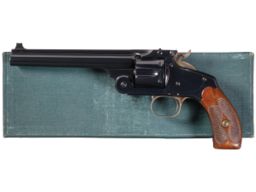 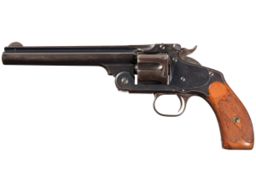 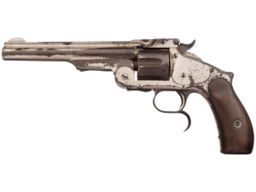