Very fine as elaborately embellished by a master engraver. The revolver retains 95% of the blue finish showing some thinning to a gray and a cylinder drag line. The grips are excellent having taken on a mellow yellow appearance. Mechanically excellent. The pouch is fine showing some minor flex wear and scratches and missing gems. This is truly a well-documented piece of spectacular firearm art that is deeply tied to the Elvis Presley legacy. A stand out, museum quality piece that would make a great addition to even the most advanced Elvis Presley memorabilia collections. 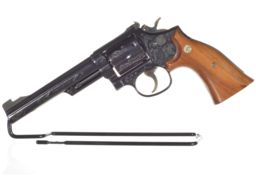 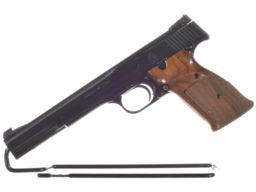 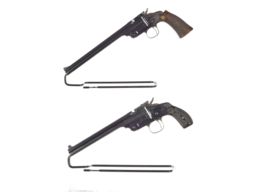 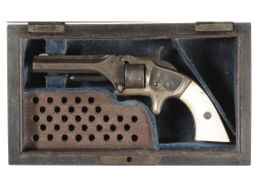 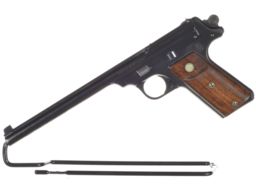