Extremely fine. This is a genuine U.S.M.C. issue Remington Model 700 sniper rifle from the original 1966 contract that remains in "as issued" configuration. The rifle retains nearly 95% of the gray parkerized finish on the barrel and receiver. The barrel and receiver markings are crisp. The trigger guard and floorplate have 98% of the black anodized finish. The buttplate retains about 90% of the original finish with some wear on the heel. The bolt body, handle and cocking piece show handling wear and retain about 80% of the slightly thinning original black oxide finish. The straight grain, oil finished, walnut stock is in excellent plus condition with very minimal wear. The scope base and rings retain at least 90% of the commercial blue finish. The Redfield "Accu-Range" telescopic sight is in excellent condition and with virtually all distinctive green anodized finish. The optics are excellent and the two ranging stadia wires and "tombstone" range scale remain in place. This is an exceptional example of a genuine U.S.M.C. Remington Model 700 sniper rifle in the original configuration utilized by Marine snipers in Vietnam. These rare rifles are seldom offered for sale - this is a one-time opportunity to own one of the rarest and most desirable of all U.S. sniper rifles. 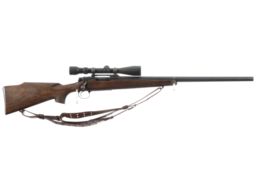 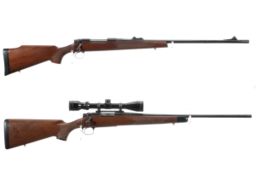 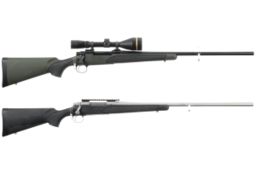 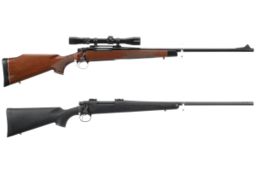 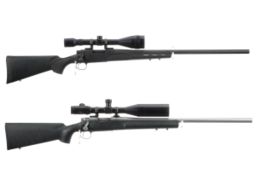 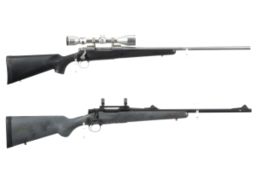