Fine with 60% of the original gold finish, showing areas of well-aged brown steel and a few minor handling marks. Traces of a green residue are present in some of the low areas. The grip is very good, bending outward slightly at the top front corners and showing some light handling marks. The case is good, with some scuffing and stains overall and the inner lining worn from contact with the pistol. Mechanically excellent. One of the most important trophies of World War II, which could be the crown jewel in an advanced military or Nazi artifact collection or a keystone piece for a museum display. 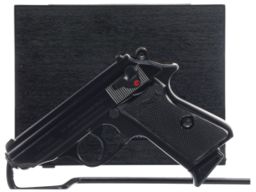 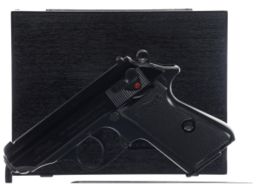 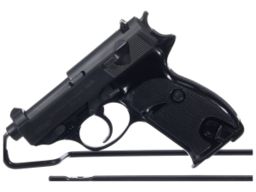 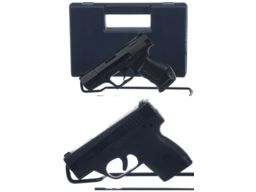 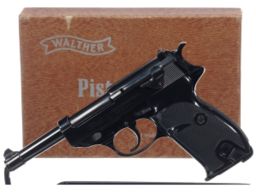