While the Model 1777 which was used by French forces during the American Revolution, the older 1763 and 1766 muskets are known to have been heavily used by the Continental Army and American militia during the war. It has a bayonet stud on the bottom of the barrel, blade front sight on the rear of the upper barrel band, "NH 2 B No. 55" and "73" (presumably for 1773) on top at the breech, "M 1763" on the barrel tang, "I-P" on the side plate, "Mle de/Maubeuge" on the lock, and some other small markings. It comes with a matching "No. 55" marked socket bayonet. The same barrel markings other than the number appear on a French Model 1766 musket shown in "New Hampshire in the American Revolution: An Exhibition by The Society of the Cincinnati" and identified as having "arrived from Nantes aboard the Mercury in 1777" as part of a cache of arms "purchased by the Continental Congress" and "acquired by the State of New Hampshire, which ordered it stamped on the barrel with the battalion number and rack number." These muskets remained in use by the unit through the end of the war and may have also been put to use by the state militia in the early national period including the War of 1812. The 2nd New Hampshire was among the most distinguished units of the war and was also known as the 5th Continental Regiment as part of General George Washington's Continental Army. They served during many of the war's most famous battles including the Siege of Boston, assault on Quebec, occupation and defense of Ft. Ticonderoga, 1st and 2nd Battle of Trenton, winter at Valley Forge, battles at Monmouth and West Point, and the Siege of Yorktown including the historical capture of Redoubt 10 as part of the light infantry under the Marquis de Lafayette. During the latter attack, the men fought with only bayonets and reportedly did not even load their muskets. The capture of the redoubt allowed the combined French and American forces to bombard Cornwallis into surrender. The U.S. Army to this day records: "The capture of Redoubts 9 and 10 were the final straw in the defeat of Cornwallis' army." The 2nd remained in the fight even after Yorktown and returned north to fight loyalist troops and their Native American allies in New York.

Very good with even artificial gray-brown patina, light pitting, and general minor marks and scratches. The stock is very good and has some slight chipping at the tail of the lock and the ramrod channel, faint crack at the nose of the lock, minor dings and scrapes, and a smooth oiled finish. The bayonet is in matching condition. Mechanically excellent. This is an important piece of American Revolutionary War history. Muskets issued to American Patriots, especially those identified to particular units, are very scarce in general and are rarely found in this high level of condition and with matching bayonets. 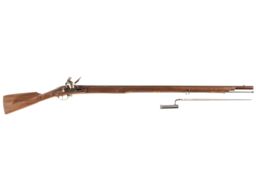 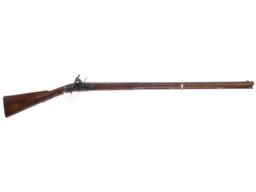 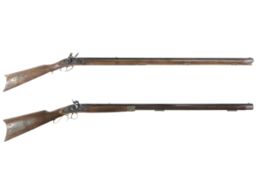 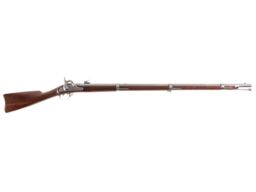 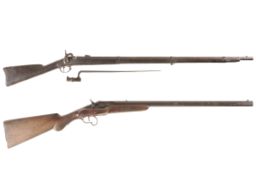 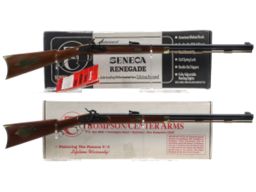