Developed and introduced in 1917 (and designed the 1918 to prevent confusion with the Model 1917 machine gun), the Browning Automatic Rifle is regarded as one of the best shoulder-fired automatic weapons of World War I. By original conception, the BAR was to be used by actively maneuvering infantry units, allowing them to provide their own suppressing fire while advancing across no-man's-land and still be capable of aimed single shots. American infantry doctrine did not embrace the "marching fire" concept, instead focusing on the "squad automatic" concept, favoring man-portable weapons firing from fixed positions in support of defense and maneuver, with later variants of the BAR, the 1918A1 and A2, adjusted to better accommodate this style of combat. A relative late-comer for World War I, the BAR made a good impression on users and allies; after seeing the machine in action during Meuse-Argonne, the French were ready to place a 15,000 piece order. Retained in government arsenals following the war, the BAR remained a gold standard of small arms firepower, while also gaining infamy for it's desirability to criminals; famous outlaws Clyde Barrow and Bonnie Parker were among those who raided government stocks for the BAR and used them to great effect in altercations with the police. On entering World War II, the BAR was America's prime light machine gun, and BAR gunners were a key source of firepower for Army and Marine units. In one reported incident, a BAR was used to score an air-to-air kill, as a Burma "Hump" pilot resorted to firing a BAR through the cabin window of his C-46 transport at an attacking IJA fighter as a last ditch (and surprisingly successful) defensive measure. While eventually retired in favor of weapons designed explicitly for the Squad Automatic rifle, the BAR served with dignity for many decades, seeing U.S. use as late as the Korean War. Blade front and folding ladder rear sights, with a plain tubular flash hider threaded to the muzzle, "W/11-18" dated barrel, and "eagle head" and "flaming bomb" proofs on some components. The top of the receiver bears the 5-line Winchester nomenclature, with the early "F A S" pattern (semi/full/safe) selector mechanism with the spring loaded catch to keep the operator from accidentally putting the rifle on "safe" when flipping to full automatic. Fitted with a deeply checkered forearm and a smooth pistol grip stock with a brown leather sling. Included with the lot are two extra magazines, a spare rear sight base, a 1918 edition BAR manual, and a 1928 ordnance maintenance insert for the BAR manual.

Very good, with 75% of the blue finish, showing areas of gray patina, edge wear, and mild handling and cycling marks. The forearm is cracked on the rear underside, with some scuffing and chipping overall, and the stock is fair as repaired, with a set of screw-stabilized cracks in the wrist, along with some scuffing and denting. Mechanically excellent. This item is restricted as a National Firearms Act (NFA), fully transferable Class 3, which is registered with the Bureau of Alcohol, Tobacco, Firearms and Explosives, (BATFE) that is classified as a "Curios or Relic" as defined in 27 CFR, 478.11. These weapons are still subject to the provisions of 18 U.S.C. Chapter 44 and 27 CFR part 478. 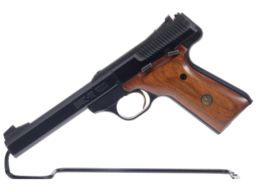 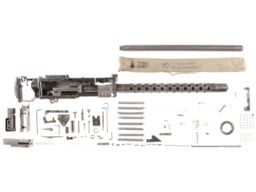 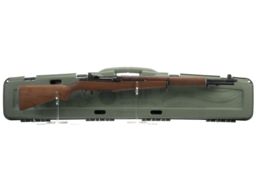 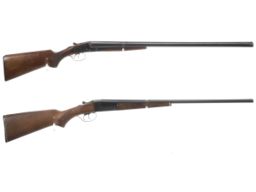 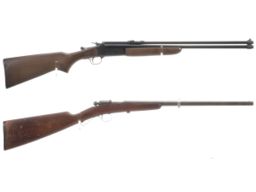 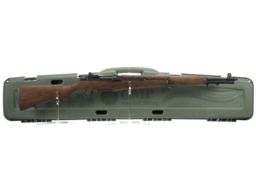