The mid to late 1800's saw the popularity of canes reached their pinnacle amongst the upper echelons of society, particularly in Europe and North America, with various forms of defensive canes also becoming popular. These gun canes were often carried by gentlemen for use in warding off stray dogs or the occasional ruffian that might like to help themselves to their valuables. Remington saw this as an opportunity for their fledgling company, and used a design from one of their very own employees to break into the market. The Remington Cane Gun was designed by John F. Thomas, Remington's master mechanic, with the percussion version patented in 1858, and the improved rimfire version beginning production shortly after the Civil War. These rimfire examples were made from about 1866 to 1888 in two calibers, .22RF and .32RF, with this example being the latter. It is estimated that approximately 2,000 of each caliber were made, with a few different variations of handle. Like many of the major gun manufacturers of the time, Remington was always open to special order requests from clients who were willing to pay. This example has a rarely seen small curved handle and is the extremely rare and attractive, special order, coral color. The coral finish is never mentioned in factory records, however, it has been noted by renowned Remington collector Elliot Burka that as few as three examples of Remington cane guns with this finish are known to exist, making them incredibly scarce. This is also the only known alternative finish to the various shades of brown or black seen on the majority of Remington's cane guns. There is a small German silver band where the handle meets the shaft that is engraved "JR Andrews MD", and it has a serrated iron ferrule at the tip/muzzle. The faint serial number "41" can be seen at the top and bottom of the lower section of the shaft, bottom of the upper section of the shaft, and on the iron ferrule. It measures 36 inches overall. Provenance: The Milan J. Turk Collection

Exceptionally fine, retains most of the attractive and scarce coral color on the gutta percha, bright German silver, and mostly a smooth grey patina on the iron ferrule, with a couple short hairline cracks at the top of the lower portion of the shaft, and a slightly discolored repair in the handle where it begins to curve. Mechanically excellent. 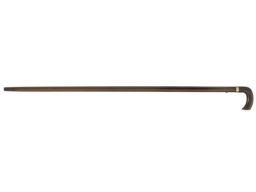 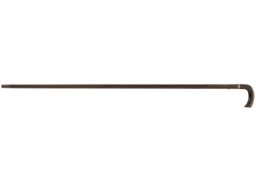 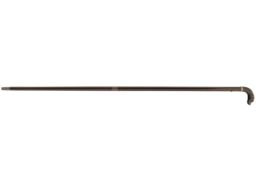 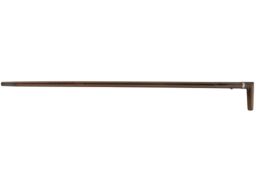 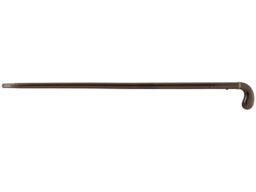 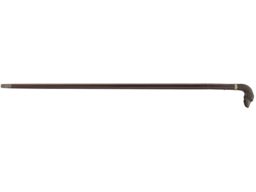