The lock is marked "H NOCK" at the center and "1801" over the East India Company heart logo. The barrel has Ordnance proofs and "C/14" followed by "XX III REGT L Ds." "C/14" is also on the trigger guard bow. The 23rd Light Dragoons were re-raised during the French Revolutionary Wars and disbanded in 1802. The 26th Light Dragoons became the 23rd Light Dragoons in 1803. The 26th was raised back in 1795. The regiment holds battle honors for Talavera, the Peninsula Campaign, the Egyptian Campaign, and the historic Battle of Waterloo that finally brought the Napoleonic era to a close.

Very good with mottled gray and brown patina and light pitting on the iron, signs of a stress crack in the neck of the cock, aged patina on the brass, and general moderate overall wear. The stock is also very good and has mild dings and scratches and a few dents. Mechanically fine. 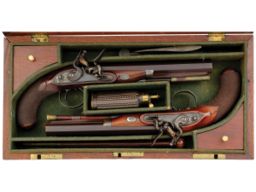 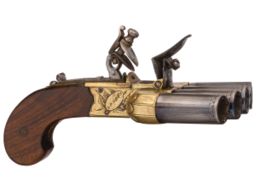 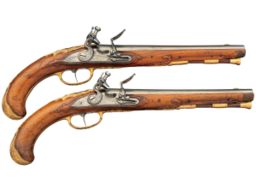 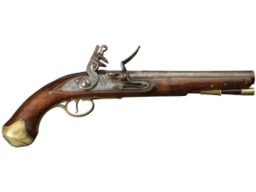 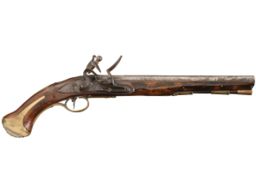 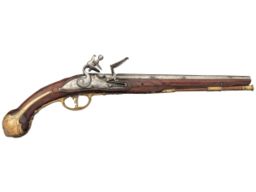