Originally designed in 1943, the M2 flamethrower variant was used extensively in the Pacific Theater in World War II. This example, an M2A1 variant, was the Korean War era successor to the M2, with improvements to the valves, regulators, and capacity. This example is fitted with the M2-2 style "hourglass" shaped backpack frame. These weapons were used extensively Operation Commando to dislodge North Korean/Chinese forces from heavily fortified positions in October of 1951. The wand of this example was manufactured by Chemical Corps U.S.A. and has the standard markings on the brass tag mounted on the front right as well as the lot number "RED.418/9/54". Two sections of hose are included. The backpack unit has the previously stated "hourglass" frame with canvas back pad, two fuel tanks with round vented fuel caps, and a central pressure tank. The included BATF letter states that flamethrowers are not considered "firearms" and thus not subject to the GCA of 1968. Additionally, statements from the consignor note that this flamer was used for a segment titled "Flamethrower vs Spider Trench" on the Smithsonian Channel Program "Weapon Hunter"; clips posted online by Smithsonian show the flamer in operation. Provenance: The Steven Preston Military Collection

Very good, retains 85% plus of an applied OD green finish with some scattered minor patches of wear/flaking and some patches of mild oxidation on the backpack frame. Mechanically untested in-house, but successfully fired with an alternate nozzle shield and a hand torch igniter (neither included) during the Smithsonian Channel demonstration. A rare piece to add some interesting variety to a U.S. military collection! 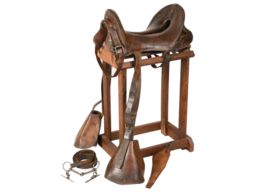 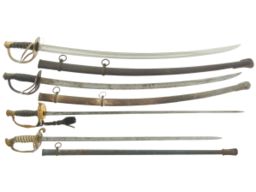 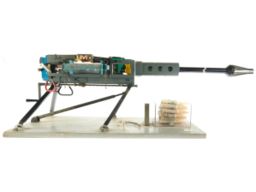 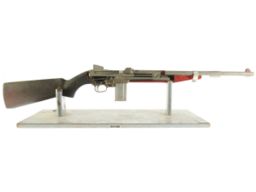 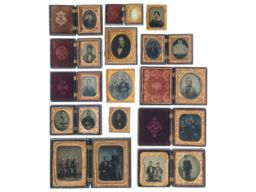 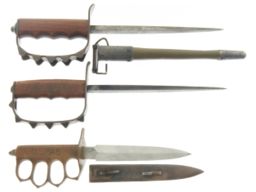